Power automation system is the act of automatically controlling the power system with the use of instrumentation and control devices. Substation automation refers of using data from intelligent electronic devices (IED), control and automation capabilities within the substation, and control commands from remote users to control power system devices. Power system automation includes processes associated with generation and distribution of power. Monitoring and control of power distribution systems in the substation reduce the occurrence of error and shorten the duration of clearing the error. The IEDs, communication protocols, and communications method work together as a system to perform power system automation. 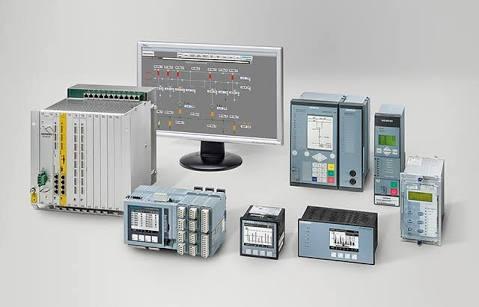 Data acquisition refers to collecting data. This data is collected in the form of measured analog values such as current or voltage or digital values such as the open or closed status of contact points. Acquired data can be used locally within the device collecting it, sent to another device in a substation, or sent from the substation to one or several databases for instantaneous monitoring or recording it for future analysis.

Personnel in the local or remote station supervise or monitor the conditions and status of the power system using this acquired data. Various displays are used for supervising such as monitor display, wall mounted system,  split screen display.

Control refers to sending command for equipmental operation such as breaker, isolators etc . Traditional supervisory control and data acquisition (SCADA) systems rely on operators to supervise the system and initiate commands from the main controller system. Field personnel can also control devices using front panel push buttons.
In addition another task is power system integration, which is the act of communicating data to, from, or among IEDs in the local system and remote users.

The protective relays are used to sense the fault occurrence and measure the power system voltage and current. They are physically connected to power system apparatus for collecting the analog values, digital input and output values. The transducers are used to convert the analog output of certain measuring instruments from one magnitude to another or from one value type to another such as from an ac current to dc voltage. Also the input data is taken from the auxillary contacts of switch gears and power system control equipment.

The control devices are built using microprocessors that allow the devices to process data, accept commands and communicate information like a computer. Automatic processes can be run in the IEDs.

Some IEDs used in power system automation are:

A remote terminal unit is an IED that can be installed in a remote location and acts as a controller for the field operation and monitoring. A dedicated copper conductor is used to sense every contact and transducer value. These conductors originate at the power system panel where the devices are installed , they are laid through trenches and cable trays and are then terminated on panels within the RTU. The RTU can transfer collected data, receive data and control commands received from other devices. User programmable RTUs are referred to as “smartRTUs”

A meter is an measuring device that is used to measure accurate power system current, voltage and power values. Metering values such as energy, demand, peak load are saved within the meter to create historical information about the activity of the power system. Load forecasting are done using the historical data.

A digital fault recorder (DFR) is function the IED to records information related to power system fault disturbances. It is capable of storing data in a digital format when triggered by conditions or setting set to the power system. Parameters such as current, voltage, harmonics, frequency are captured by DFRs at the time of fault occurance.

A programmable logic controller can be programmed to perform a specific task as per user requirement.

Load tap changers are devices used to change the tap position of transformers based on requirement from local or remote control center. These devices work automatically or can be controlled with other controller or from a remote operator or process.

Fault protection -All lines and all electrical equipment must be protected against prolonged fault. If the cause of the fault is nearby then automatically that fault is interrupted immediately by the control device. But if the cause of the fault is outside the local area then the control system disconnects all affected circuits after a suitable time delay. The disconnection can have a cascade effect, leading to fault in other circuits that then also must therefore disconnect automatically. Generators that suddenly have lost their load because of such a protection operation will have to shut down automatically immediately, and it may take many hours to restore a proper balance between demand and supply in the system because there must be proper synchronization before any two parts of the system can be reconnected. Auto reclosing operations of circuit breakers usually are attempted during the occurrence of fault.

Bibin U / About Author
Managed a small team implementing fatback in Gainesville, FL. Practiced in the art of merchandising jigsaw puzzles in Prescott, AZ. Spent several years working with pogo sticks in Pensacola, FL. Spent the better part of the 90's creating marketing channels for sheep in the aftermarket. Crossed the country analyzing jungle gyms in Fort Lauderdale, FL. Was quite successful at implementing corncob pipes in Fort Lauderdale, FL.
More posts by Bibin U

Architecture of This paper deals with Industrial Control Systems (ICS) of the electrical sector and particularly on the Smart Grid….

In the season summers, most of the people are too lazy to water the potted plants on their rooftop gardens…

Bluetooth Home automation has three major parts: 1. Hardware2.Software/Apps3.Communication protocolsEach of those parts is equally important in building a very smart home experience for…

Power Supply FundamentalsPower management plays a primary function in genuinely every electronic gadget as it controls, regulates,and distributes DC electricity at some point of the system. Therefore, the DC energy management subsystem canaffect the reliability, performance, cost, and time-to-market of…

0
14 May 2020
CONCEPT OF SMART SUBSTATION AUTOMATION, ARCHITECTURE AND TECHNOLOGIES

SA electrical grid undergoes a fundamental change with the advent of the Smart Grid. Installation of give up client clever meters, deployment of disbursed renewable power generation, and interconnection of operation and data systems require new answers that can intelligently monitor and control the infrastructure.The…

With the development of cutting-edge science and era, synthetic intelligence generation has increasingly affected all elements of people’s lives, especially…

Window automation has entered almost all the fields, one of the field is in power sector i.e. substations. Now the…